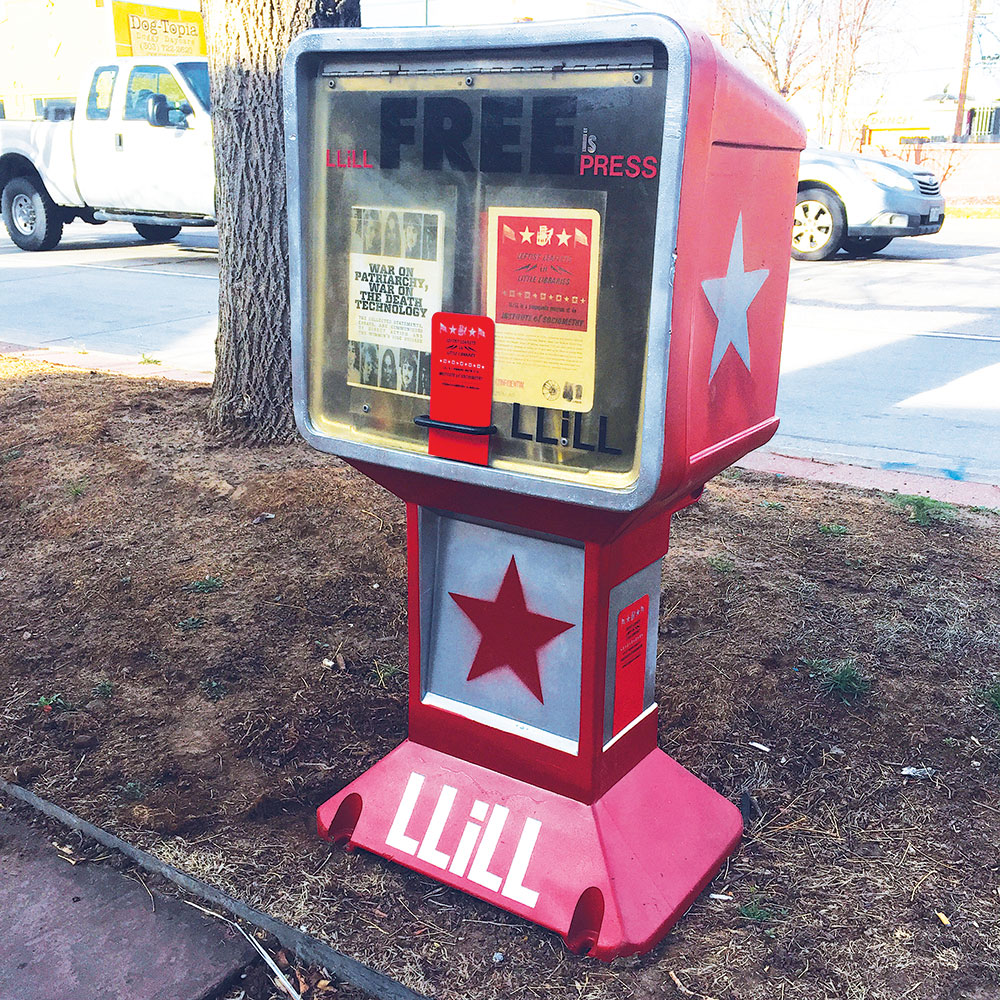 The Institute of Sociometry (which gives us the “is” acronym in is PRESS) in this case is PRESS partners Heather Link Bergman & Peter Miles Bergman are excited and honored to have a large zine-themed installation in the fall MCA Denver exhibition Citizenship: A Practice of Society curated by Zoe Larkins. is PRESS also designed, co-published, and letterpress printed the covers of the exhibition catalog. The exhibition runs from October 2nd through February 14th with timed entry.

However, our “Incidence Report” for Citizenship: A Practice of Society did involve A LOT of statistical analysis. For this exhibition we took out long running “LLiLL, Leftist Leaflets in Little Libraries” project and created a large scale installation of the content of LLiLL #1 and LLiLL #2 zines and developed a live issue #3 (zine coming in 2021). 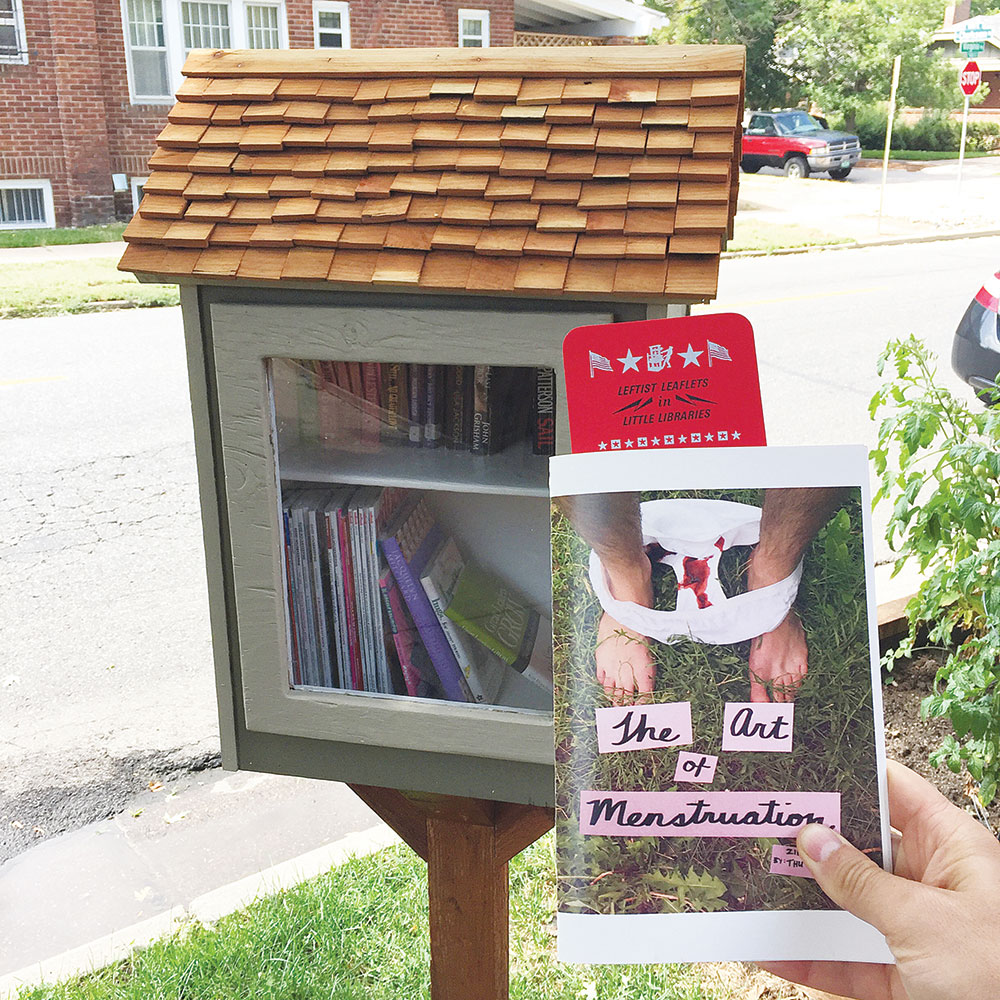 LLiLL started in 2017 when Peter started buying leftist, punk, queer, green, and racial justice zines and placing them in Little Free Libraries in the bougie neighborhood of West Wash Park that the is PRESS studio in on the western commercial edge of. The following summer and fall in 2018 Peter spray pain refurbished an abandoned JOBS! classified newspaper box he boosted from a bus stop and placed in in front of The Institute of Sociometry headquarters (and Peter and Heather’s house) stocked with the same type of zines. Curious about who was taking zines, he bought a $19.99 Chinese “Cam-Hi” security camera from Amazon and began surveilling passers by. 3704 were logged over the course of 47 days. In 2020 Heather, deep undercover in a career as a public-service advertising executive deployed her extensive market research skills to analyse the data via 13 different criteria, breaking all the “consumers” into four distinct clusters with snappy names like “Comfortable Complements” and “Bohemian Ways”. Heather’s finding – the core if LLiLL issue #3 and the new work in the installation culminated in the following hour long seminar titled “Woke Not Broke, Using the Social Conformity Index™ System to Asses Zinability™“.

The installation features a zine wall with leftist zines from a variety of artists and publishers with a framed picture each of being placed in a little free library. The main room contains all the logs, and consumer insight surveys, in massive grids and a “bar graph” comprised of hundreds of small surveillance photos all held up with 1000+ tacks and linked together with color coded book binding thread. On top of this  base layer are the best of thousands of surveillance photos blown up and framed, a stop motion time lapse of all passers buy over the four month period, four framed consumer profiles, the Woke Not Broke video and a live feed that taps into the MCA’s own security system – alternating with a shot of the zine stocked LLiLL out in front of the MCA and the gallery containing the installation which surveils museum patrons in real time. Ostensibly about trolling the rich with leftist zines, the installation takes a dark conceptual turn becoming instead about surveillance capitalism and how much we as consumers are willing to give up for a good deal.

For tickets to the exhibit please visit the MCA Denver website.

Peter and Heather will be giving a virtual artist talk titled Agents and ’Artners on January 27th toward the end of the exhibition: